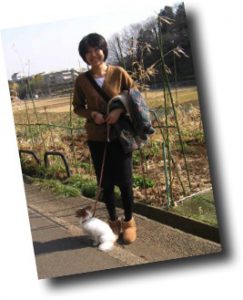 Pastor Mari Ikeda was born in 1984 in Kawasaki City, Kanagawa. Several experiences as a high schooler― the suicide of a close friend and and being introduced to the writings of author Ayako Miura―sparked her interest in Christianity. As she was about to graduate from high school, Mari was introduced to Your Church through a friend, and one year later, she decided to become a follower of Jesus Christ. Mari completed her bachelor’s degree in Canada, and after graduation, she returned to Japan to work for an NGO in the field of international development. After 2 years at the NGO―one of which was spent in Vietnam―she sensed a calling to share God’s love through full-time ministry and left the organization. Mari studied at Tokyo Union Theological Seminary and graduated in March, 2014. Currently, while she works for Your Church, she also works part-time at a shelter for people (mainly women and children) who lost their homes for various reasons such as domestic violence, abuse, and poverty. She is pursuing her further study in social welfare, especially in the area of domestic violence, as her dream is to connect church activities with social actions and to share Jesus’ love with those who are marginalized and would have no connection with church otherwise. 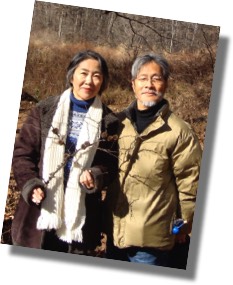 Pastor Andy Nagahara was born in Tokyo in 1955 and grew up in Sagamihara city (Kanagawa). Until the age of 20, he was a self-conscious atheist but he came to believe in Jesus after being introduced to him through Mari, his future wife. After graduating from Tokai University, he joined a company, but eventually came to be convinced that God was calling him to become a pastor and began him first steps in ministry after studying at Tokyo Union Theological Seminary.
In 1993, he started Light House (later yourchurch) to put into practice the approach to worship he learned from the Vineyard movement in the U.S. and the pastoral philosophy he gained from Ralph Moore (senior pastor, Hope Chapel Kaneohe). In 1999, the church was given a new name, “yourchurch,” that expressed the vision for this church in a simple but clear way. It is Andy and Mari’s joy to see many people come to know Christ and start new lives.
Currently Andy is focusing on raising up the next generation of leaders in the church. Andy and Mari have two kids and four grandkids.