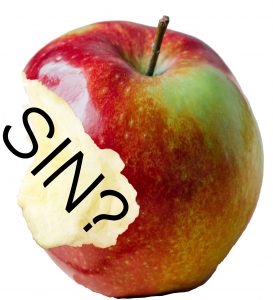 11 When Cephas came to Antioch, I opposed him to his face, because he stood condemned. 12 For before certain men came from James, he used to eat with the Gentiles. But when they arrived, he began to draw back and separate himself from the Gentiles because he was afraid of those who belonged to the circumcision group. 13 The other Jews joined him in his hypocrisy, so that by their hypocrisy even Barnabas was led astray. 14 When I saw that they were not acting in line with the truth of the gospel, I said to Cephas in front of them all, “You are a Jew, yet you live like a Gentile and not like a Jew. How is it, then, that you force Gentiles to follow Jewish customs?

17 “But if, in seeking to be justified in Christ, we Jews find ourselves also among the sinners, doesn’t that mean that Christ promotes sin? Absolutely not! 18 If I rebuild what I destroyed, then I really would be a lawbreaker.

19 “For through the law I died to the law so that I might live for God. 20 I have been crucified with Christ and I no longer live, but Christ lives in me. The life I now live in the body, I live by faith in the Son of God, who loved me and gave himself for me. 21 I do not set aside the grace of God, for if righteousness could be gained through the law, Christ died for nothing!”

We often fail to see who is sinful, for we don’t have a right understanding of sin, which causes hostility and division among us that could be otherwise avoided. The sin God understands (and solved) is in a totally different dimension from the sin we understand. We tend to focus on our action, what we can do or cannot do, while God focuses our heart, why we do it or don’t do it. Let’s make a shift in our way of life, from human-centered way to Christ-centered way.